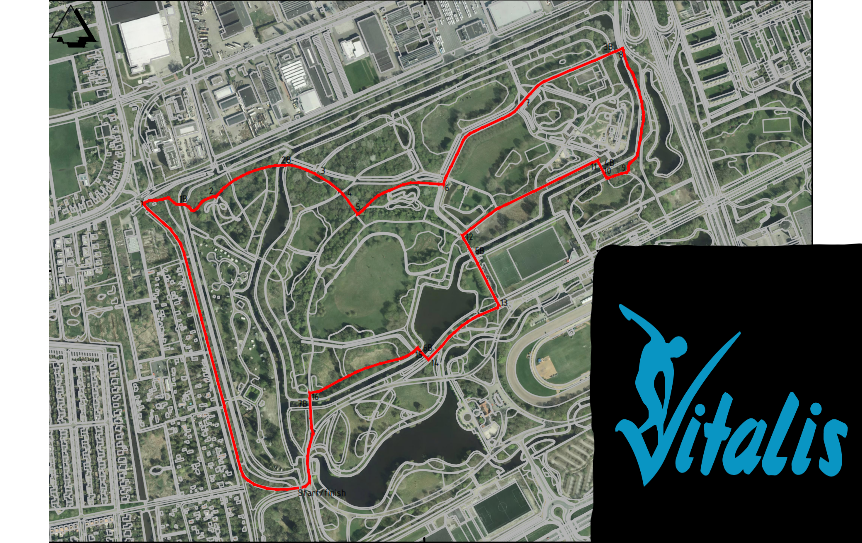 The club championships Cross take place every year in the first week of October, always on a Tuesday. Everyone can choose to run a sprint cross (1km) or a long cross (6km women, 8km men). In the below picture, the red course is the sprint cross course while the red and blue combined  courses are the long cross (2km in total, meaning you run 3 or 4 rounds). Sign up takes place on that very day between 17:15 and 17:45 near the 'animal farm'. After the competition there will be a joint dinner in the clubhouse, followed by the awarding of the prizes for both short and long distance winners. 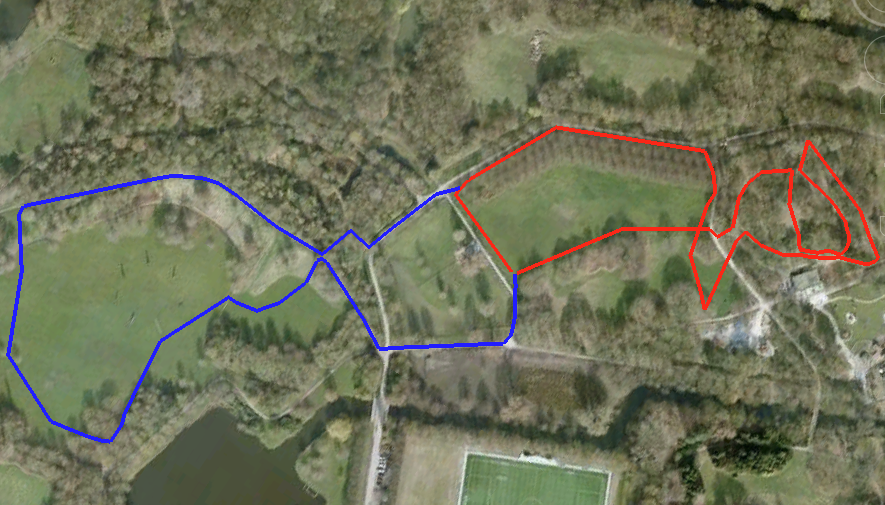 The club championships Track take place every year in September/October. This championship is organized in collaboration with GA (the 'civilian' athletics club). The Track championship consists of four two-choice disciplines. The choices are between the high jump or long jump, two of the four throw disciplines (shot put, discus throw, hammer throw, and javelin throw), two of the sprint disciplines (100m, 200m, and 400m), and two of the middle distance disciplines (800m, 1500m, 3000m, 5000m). After the competition there will be an award ceremony for the three best performing Vitalis men and women (with the most points after all four chosen disciplines). It is also possible to win a single discipline, however, single discipline participants are not eligible for prizes.