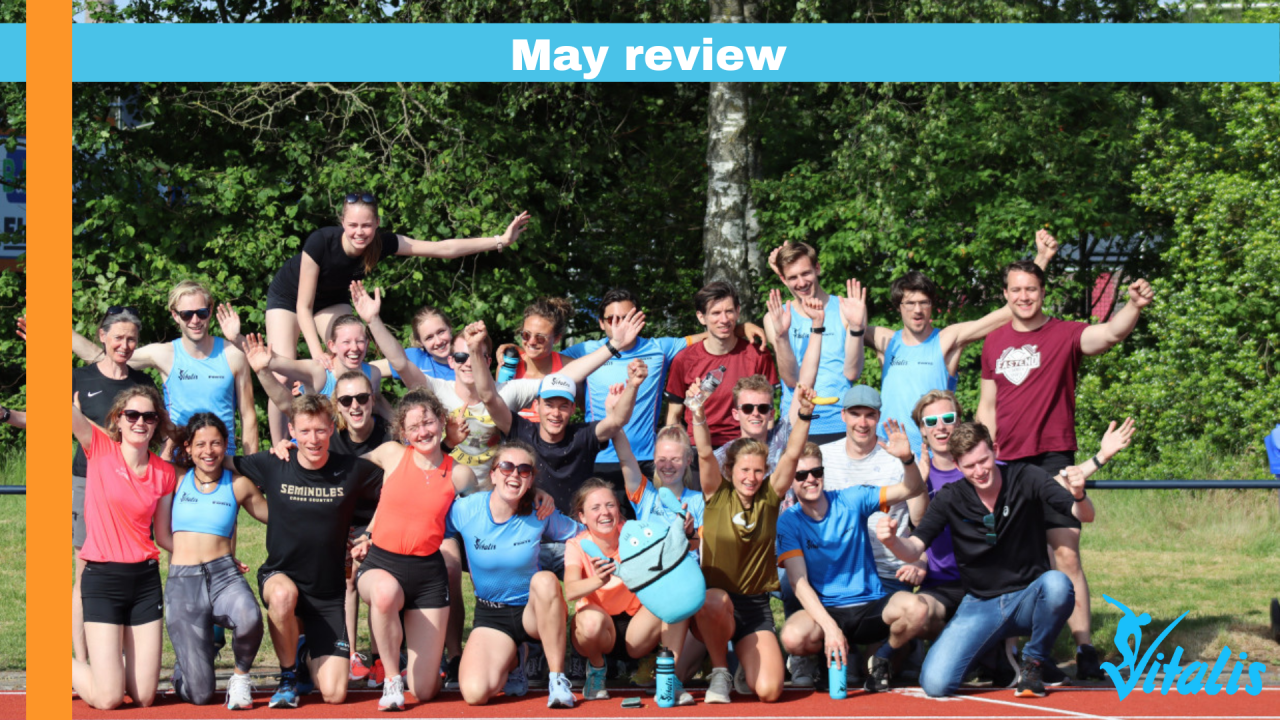 May was the month of plenty of races, with the competition in Apeldoorn starting off the month. Even though many of the Vitalists were competing in and then celebrating the Batavierenrace the night before, there were still some very good performances! The month was full of plenty of social events throughout, such as the student-athlete gala, which was the first with other sports associations. Also, a second social event was organized for the Vitalis members in their first year.

There was another great turn out for the second competition in Ede and equally great results. Impressive efforts were seen at the long anticipated Beerchase in the Stadspark and after being absent for 9 years, the return of the V-party was welcomed, a fun party for all associations starting with the letter V! Maybe you have not yet had enough of all the races? Then June is another month full of them so be sure to sign up! There are of course plenty of social activities to save in your agenda such as the next borrel which has the theme Blue.